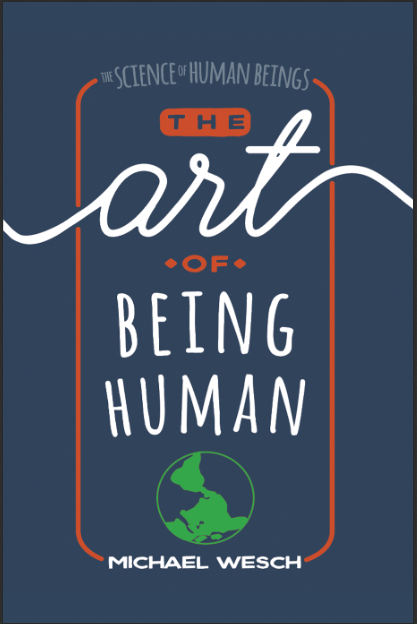 The Art of Being Human: A Textbook for Cultural Anthropology by Michael Wesch (2018): New Prairie Press.

Anthropology is the study of all humans in all times in all places. But it is so much more than that. “Anthropology requires strength, valor, and courage,” Nancy Scheper-Hughes noted. “Susan Sontag called anthropology a “heroic” profession.” What is the payoff for this heroic journey? You will find ideas that can carry you across rivers of doubt and over mountains of fear to find the the light and life of places forgotten. Real anthropology cannot be contained in a book. You have to go out and feel the world’s jagged edges, wipe its dust from your brow, and at times, leave your blood in its soil. In this unique book, Dr. Michael Wesch shares many of his own adventures of being an anthropologist and what the science of human beings can tell us about the art of being human. 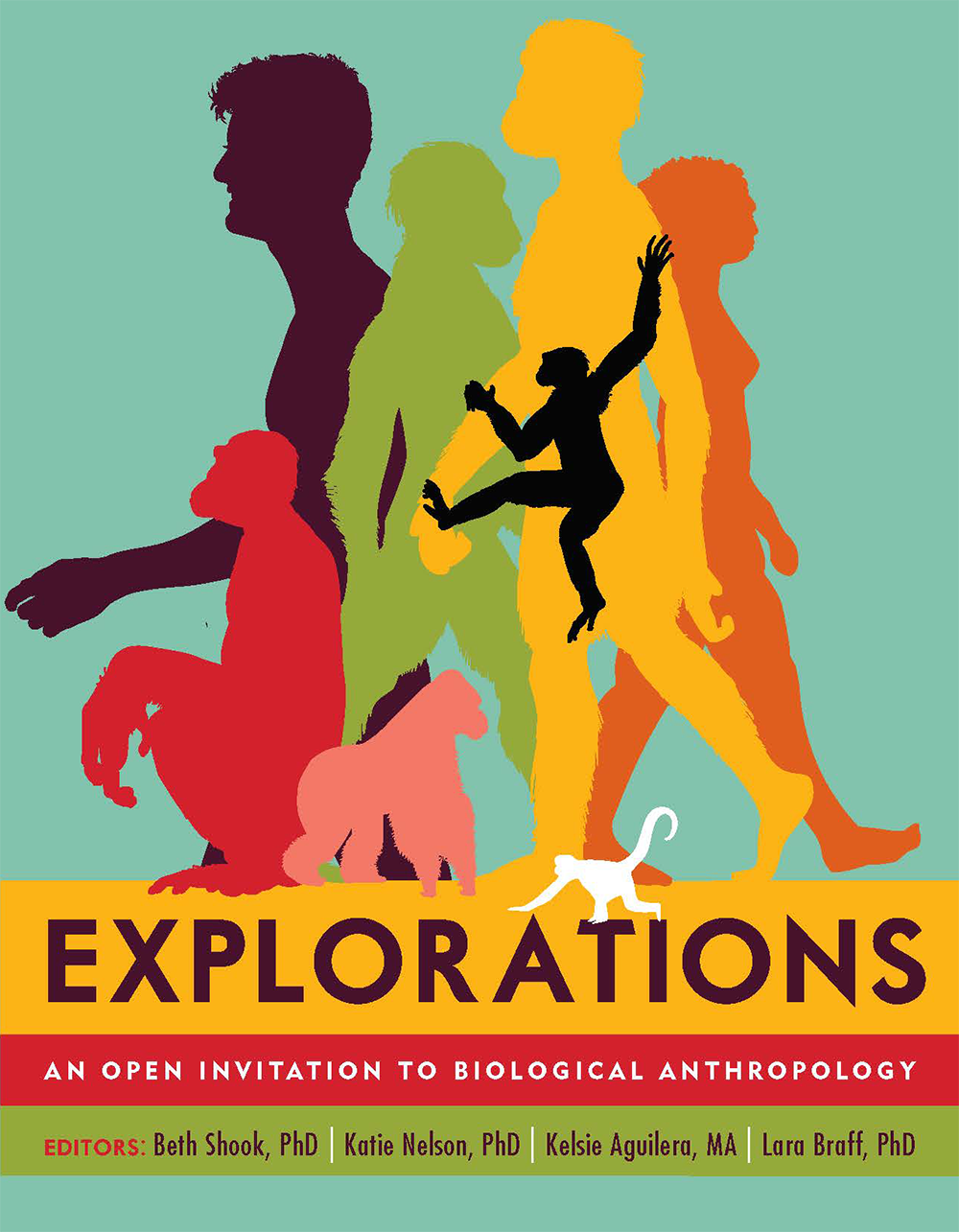 The focus of this book is biological anthropology, which explores who we are from biological, evolutionary, and adaptive perspectives. We lay the foundation for this inquiry by introducing the discipline of anthropology, evolutionary theory, molecular biology and genetics, and the forces of evolution. The book also covers nonhuman primates, fossils, hominin species and the emergence of Homo sapiens. Finally, the book explores human biological variation and the concept of race, bioarchaeology and forensic anthropology, and human biology and health in the past and present. 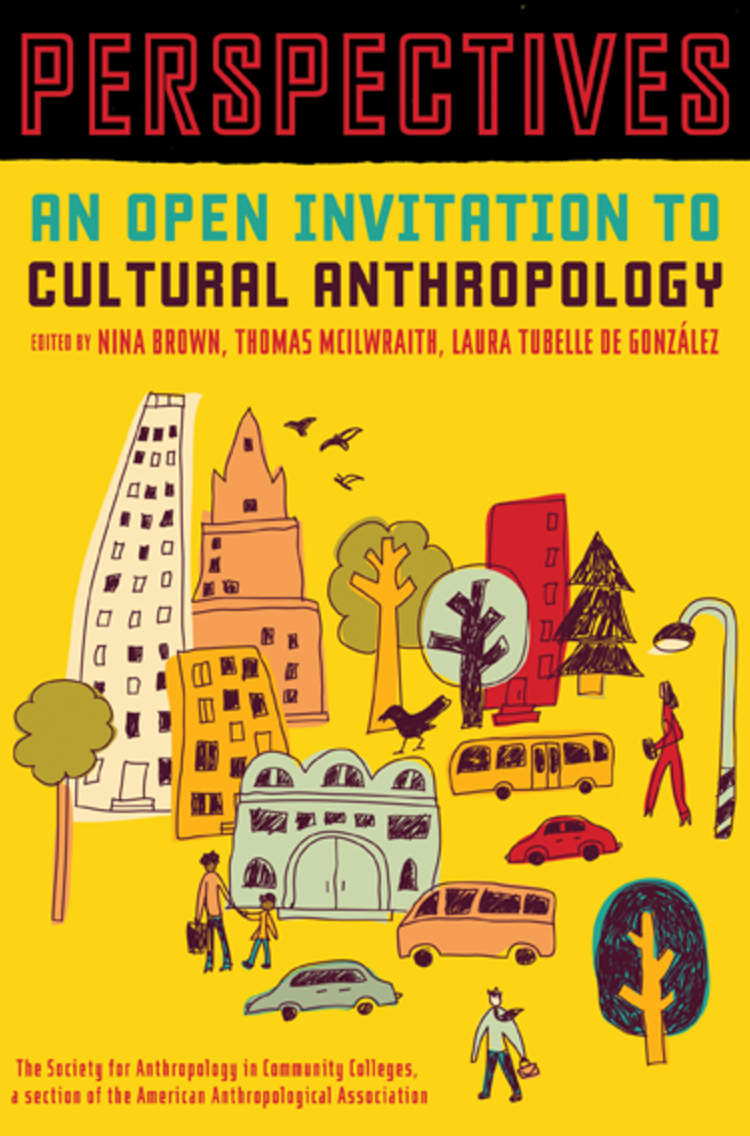 This book is an edited volume with each chapter written by a different author. Each author has written from their experiences working as an anthropologist and that personal touch makes for an accessible introduction to cultural anthropology. Our approach to cultural anthropology is holistic. We see the interconnectedness of cultural practices and, in all of the chapters, we emphasize the comparison of cultures and the ways of life of different peoples. As instructors, we want to help you share anthropological knowledge and understanding easily. We want all readers to be inspired by the intensely personal writings of the anthropologists who contribute to this volume. 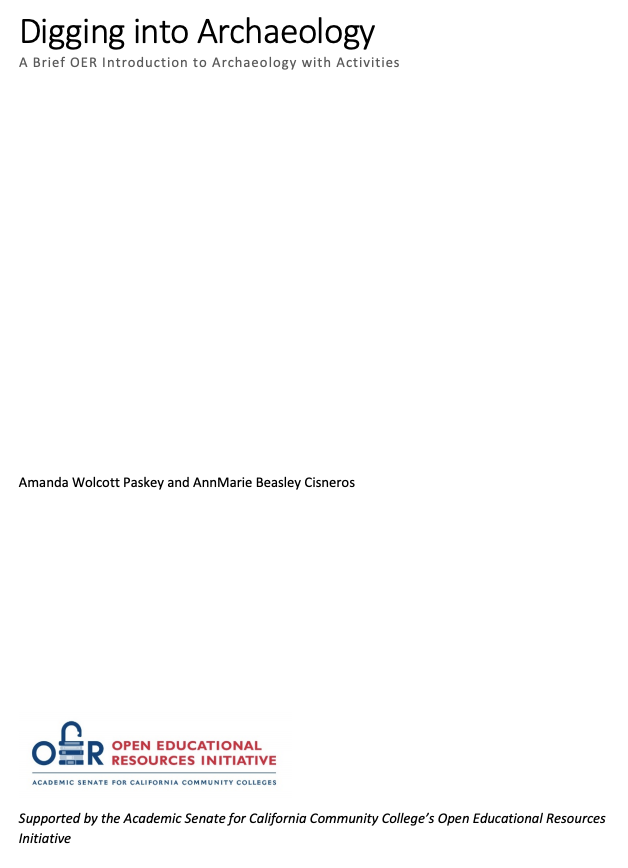 This book is intended for use in a variety of introductory archaeology settings. This text can complement an existing traditional text or completely replace a standard text. When we wrote this text, we designed the chapters to be brief, providing concise and to-the-point information. This book is not intended to replace lectures or direct instruction from an instructor; rather, it supports learning in a variety of settings and formats. The book can be printed in whole, read digitally, or used piecemeal in either format. However you use this text, we hope that you find it serves as an instructive learning tool and that you dig archaeology as much as we do! 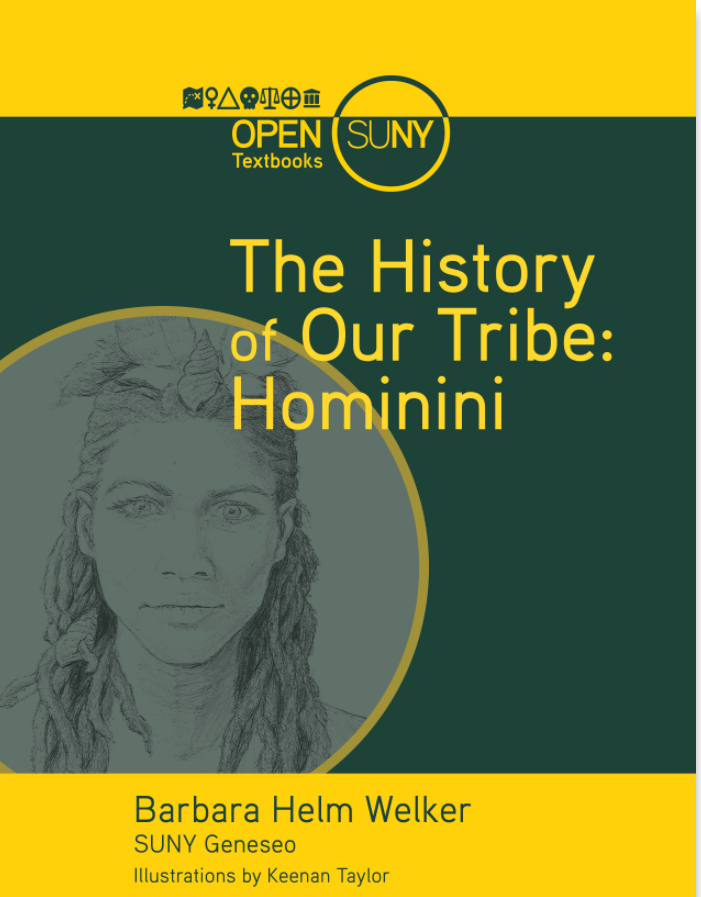 The History of Our Tribe: Hominini by Barbara Welker (2017): Open SUNY.

This text explores paleoanthropology's past and present. Welker traces the evolution of our species, the environments and selective forces that shaped our ancestors, their physical and cultural adaptations, and the people and places involved with their discovery and study. It is designed as a textbook for a course on Human Evolution but can also serve as an introductory text for relevant sections of courses in Biological or General Anthropology. It is both a comprehensive technical reference for relevant terms, theories, methods, and species and an overview of the people, places, and discoveries that have imbued paleoanthropology with such fascination, romance, and mystery. 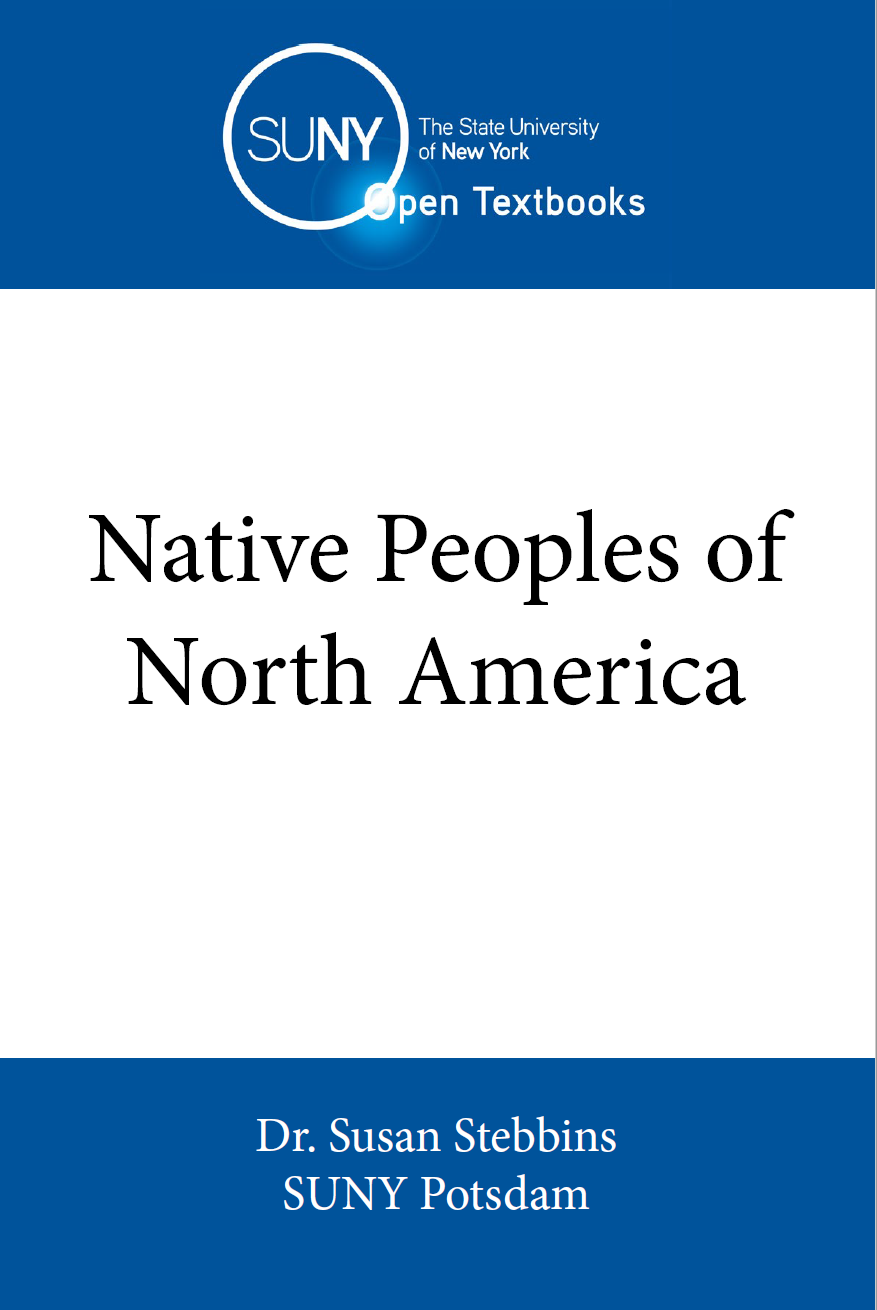 Native Peoples of North America is intended to be an introductory text about the Native peoples of North America (primarily the United States and Canada) presented from an anthropological perspective. As such, the text is organized around anthropological concepts such as language, kinship, marriage and family life, political and economic organization, food getting, spiritual and religious practices, and the arts. Prehistoric, historic and contemporary information is presented. Each chapter begins with an example from the oral tradition that reflects the theme of the chapter. The text includes suggested readings, videos, and classroom activities. 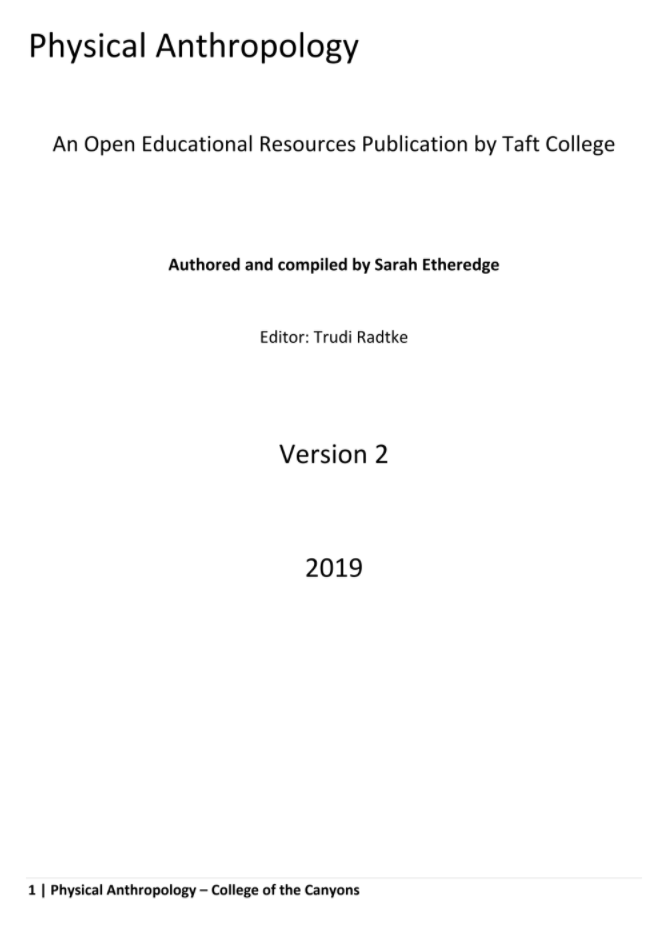 Physical Anthropology by Sarah Etheredge (2019): Taft College/College of the Canyons.

An Open Educational Resources Publication by Taft College Authored and compiled by Sarah Etheredge Editor: Trudi Radtke. Distributed freely as a ZTC (Zero Cost Textbook) via College of the Canyons in California for their Anthropology 101 course. Lays a foundation explaining all fields of anthropology and then moves to focus on physical and biological anthropology, including primatology, human evolution, cell biology, and human diversity. 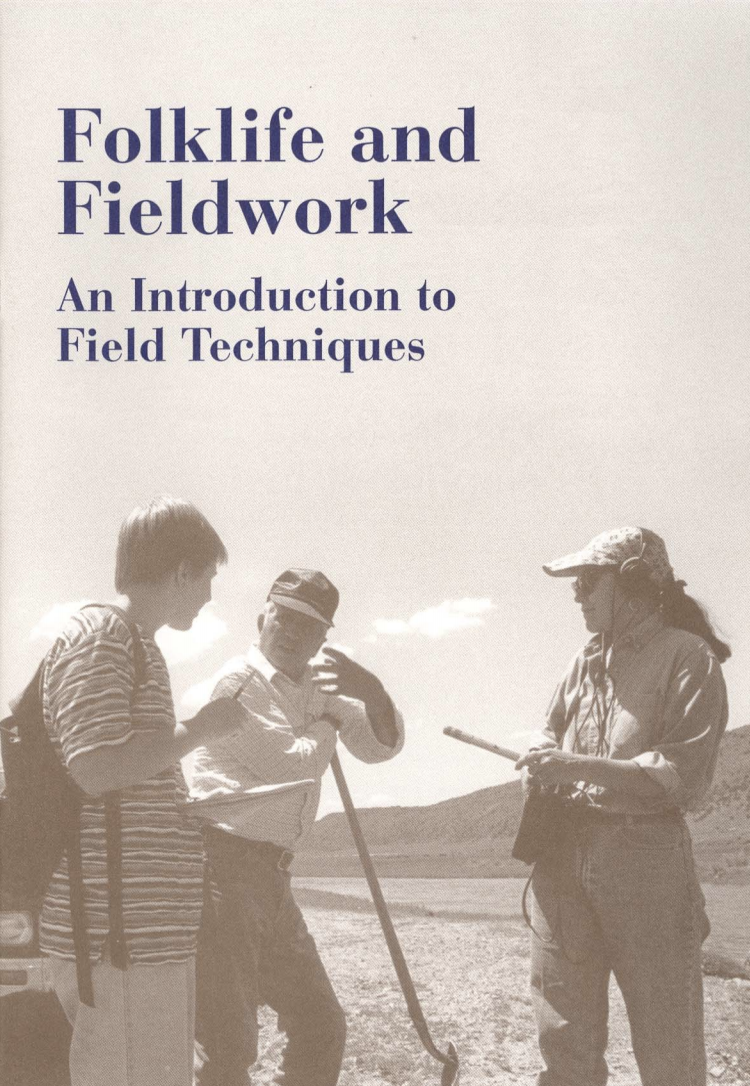 Folklife and Fieldwork: An Introduction to Field Techniques by Peter Bartis (1979/2002): Library of Congress.

Folklife fieldwork has gone beyond its early missions of preservation and scholarship to serve new uses, such as providing information to economists, environmentalists, and community planners. New technologies for preserving and presenting traditional cultural expression have been developed. A new generation of professionally trained folklorists have emerged from university programs, and many now work in state and local organizations to sponsor concerts, Web site presentations, exhibits, and other cultural heritage programs. Regardless of the number of folklorists, there is still a need for the participation of all citizens in the process of documenting our diverse traditional culture. 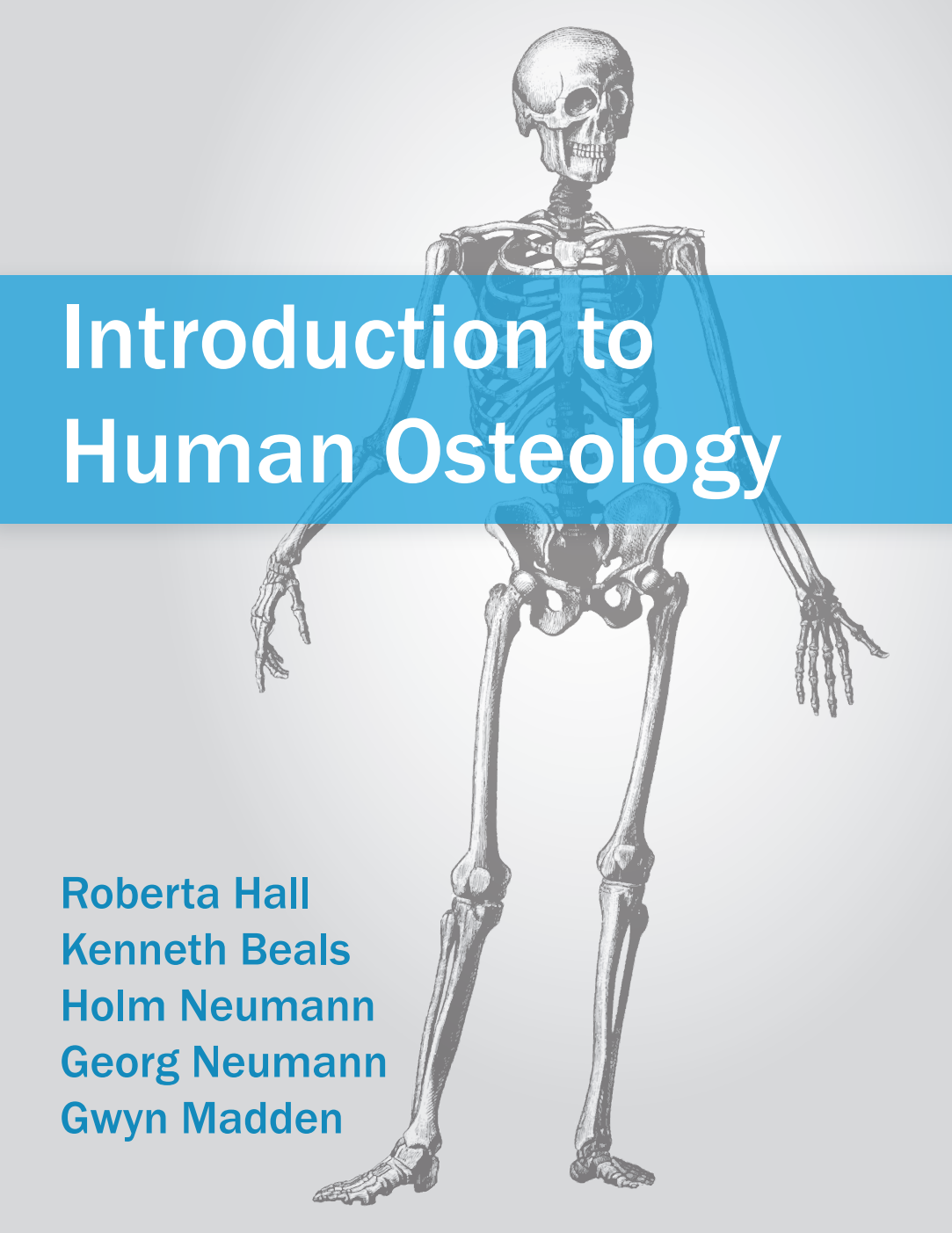 This text was designed for use in the human osteology laboratory classroom. Bones are described to aid in identification of skeletonized remains in either an archaeological or forensic anthropology setting. Basic techniques for siding, aging, sexing, and stature estimation are described. Both images of bone and drawings are included which may be used for study purposes outside of the classroom. The text represents work that has been developed over more than 30 years by its various authors and is meant to present students with the basic analytical tools for the study of human osteology.

Becoming Human: How Evolution Made Us (Enculture Press)

Cultures of the World - Perspectives on Culture (Scheib/LibreTexts)