Fake news stories abound on Facebook. Many of these posts are produced by scammers looking to make money on the number of clicks these stories receive. Mark Zuckerberg, the founder and CEO of Facebook, says they are working to improve Facebook's ability to weed out these stories. In the meantime, some creative people have come up with solutions of their own.

The Washington Post ran a story on November 11, 2016 about a group of college students who developed an algorithm that authenticates what is real and what is fake on Facebook. Read about these problem solvers at this link.

A programmer named Daniel Sieradski has developed a Chrome extension called the B.S.Detector. Read about this hoax detector at this link.

Video: How to Spot Fake News

Scholars have shown that echo chambers exist on social media. The Washington Post reported on this research, which focused on

"how Facebook users interacted with two narratives involving conspiracy theories and science. Users belonging to different communities tended not to interact and tended to be connected only with 'like-minded' friends, creating closed, non-interacting communities centered around different narratives — what the researchers called 'echo chambers.' Confirmation bias accounted for users’ decisions to share certain content, creating informational cascades within their communities." 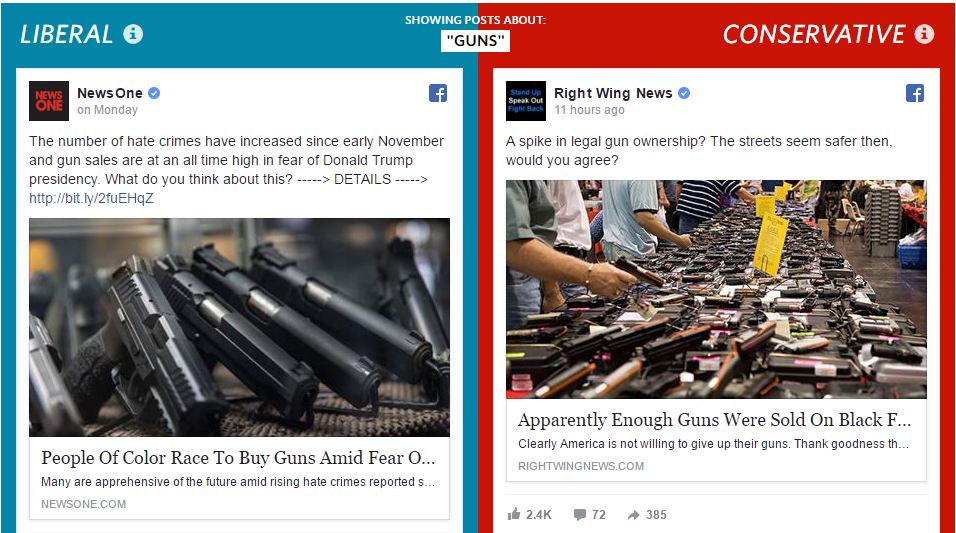