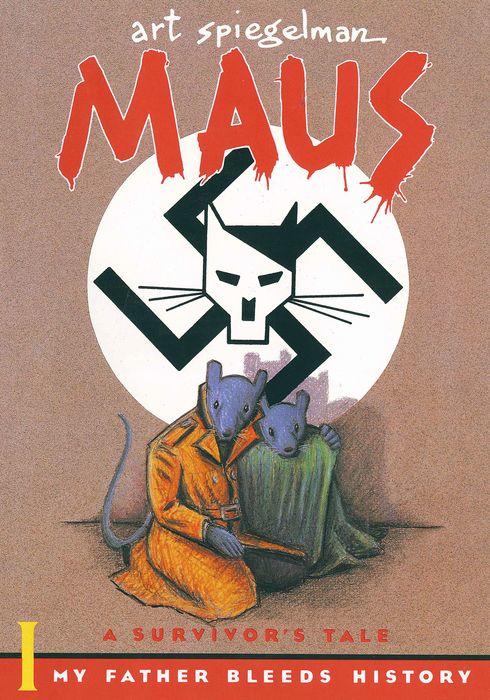 This year's One Book, One College selection is Maus: A Survivor's Tale, by Art Spiegelman. It recounts the harrowing experiences of the author’s father during the Holocaust, with Jews drawn as wide-eyed mice and Nazis as menacing cats. A moving and brutal work of art that has been widely hailed as the greatest graphic novel ever written, Maus is the only graphic novel to ever win the Pulitzer Prize.

Originally published in 1986, Maus made headlines earlier this year after a Tennessee school board unanimously banned the graphic novel. The widespread coverage of the school board's decision led to increased interest in Maus. As a result, Maus was both challenged in other school districts while simultaneously climbing to the top of multiple bestseller lists in early 2022.

The decision to remove Maus from the curriculum in Tennessee came as groups across the country have stepped up campaigns to ban books. The American Library Association, which tracks challenges/bans to books, recorded a significant increase in these efforts in 2022, although the ALA estimates that 90 percent of book challenges go unreported. The ALA data also indicates that bans/challenges are frequently brought against works that address race, LGBTQ issues or marginalized communities.

This Banned Books Guide highlights books in the LAVC Library collection that been frequently banned in libraries across the United States. These works offer opportunities to both connect with and expand beyond our personal experiences -- readers may make their own decisions about what they choose to read.